I want to start out saying that I speak multiple languages…in computing. I’ve been using and working on PC’s since DOS 3.0 (pre-windows for those who don’t know what that is, Apple products since the Apple ][e. I even speak some dead computer languages, such as the Rainbow 100 DEC and Commodore 64. I’ve worked on Unix and Linux servers that were responsible for a huge swath of the USA’s cell phone records and down to some nice person’s computer that they just want to send email to someone. Here’s the thing I’ve learned:

They all work basically the same. They all have a processor, they all have memory of some kind and they all have an operating system of some kind that tell them what is what and how to behave. What is the difference then? A PC is an overly broad term…it means personal computer. That means a Windows machine and an Apple machine are both personal computers. So…let’s better clarify what folks mean when they say “a PC” they mean “a windows PC.” So….what is the difference between “a PC and an Mac?”

So what’s the big deal? Folks claim Mac’s are so much better…and some folks swear by Windows? The difference is actually substantial. So here is what the difference is: 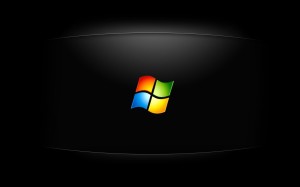 A Windows PC is a computer that could have been built by a large variety of manufacturers, and is running the Windows Operating System. A Mac has been designed and built by Apple. This makes Apple a hardware company, and Microsoft a software company. That’s it. Microsoft chose the approach of getting out of the way of the hardware area and focused just on software. That’s why you will find brand new PC’s for as low as $250. There are a lot of players in the market, with a lot of different price points and competition.

Apple chose to own the stuff from soup to nuts. There only manufacturer of Apple computers, is Apple. Samsung

does not make one. Dell does not make one, nor does IBM. You want to buy an Apple product, you are buying their specific configurations, that was manufactured for them by exclusive manufacturers, with very specific components, and they all say “Apple” on them. Window’s PC’s are the suburbs (accessible by anyone if you want to move far enough out) and Mac’s are the walled and gated community.

Why does this matter? Because they are all computers…they all work, more or less, the same and people treat them as something more…a status symbol. They all have an operating system, and they all can do math and follow instructions in the form of 1’s and 0’s. Any computer can break. Any computer can last a decade and continue to be useful. Any computer can get a virus. Mac’s get viruses, just as Windows PC’s have…and the rate of occurrence of Mac specific viruses has only increased as Apple moved away from niche computers into the mainstream. If you spent the same amount of money on a PC as you did a Mac, used the same, by the same people, the machines would have roughly the same life, with it being a coin toss as to which one died first. The reason for the failure? A component failure…likely the hard disk in most cases.

Still not convinced? Ok…let’s look at cell phones. What is the difference between the two titans of the smartphone market, Android and iPhone? One is an operating system, and the other is a specific piece of hardware. Who makes iPhones? Apple. Who makes “Android?” Everyone.

What it all comes down to is what you feel the most comfortable with and how much you are willing to spend on a computer…or cell phone.